Applying Farr's Law to Covid-19 in the United States Next 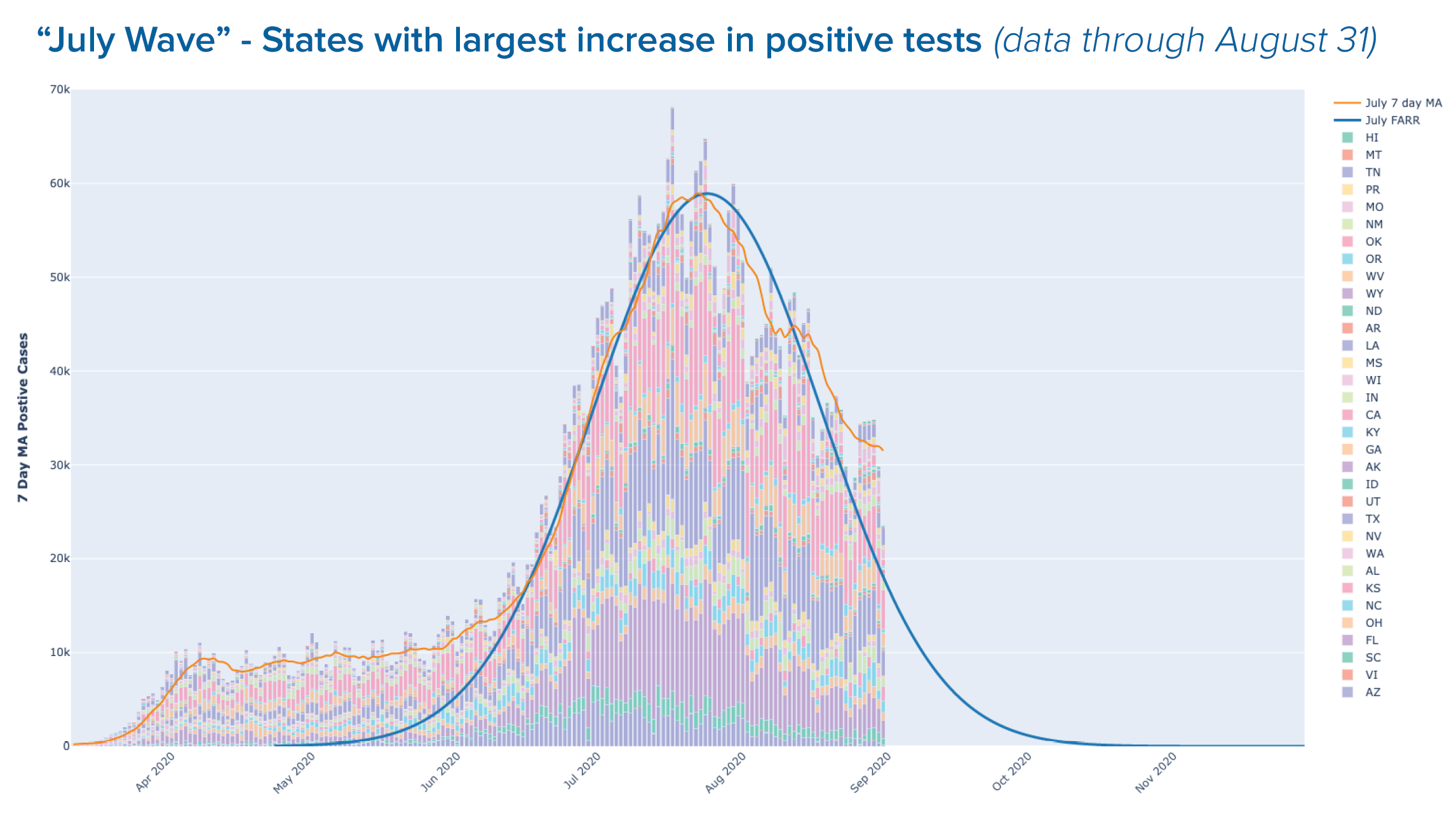 Either Erwin Schrödinger or Arthur Schopenhauer said the following:

“The task is, not so much to see what no one has seen yet; but to think what nobody has thought yet, about that which everybody sees.” 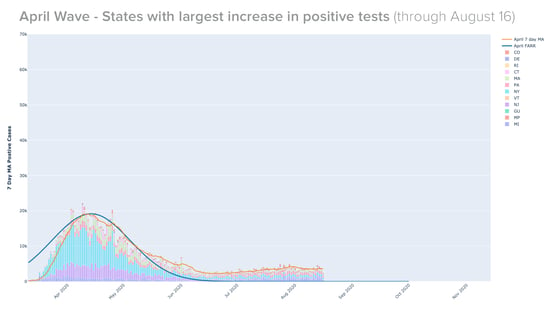 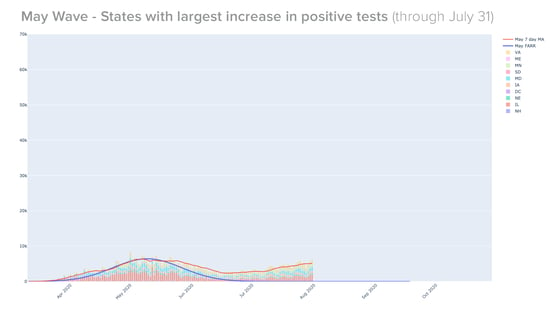 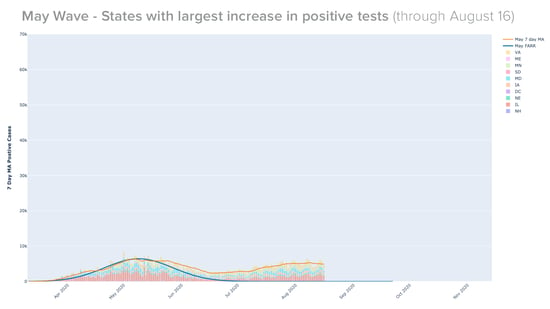 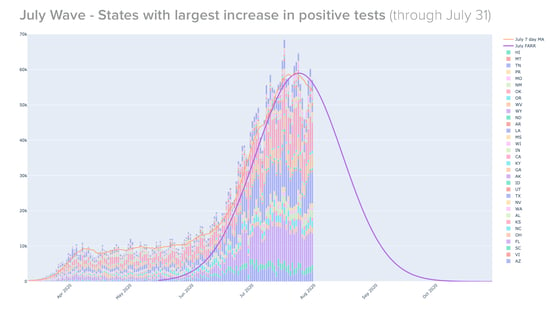 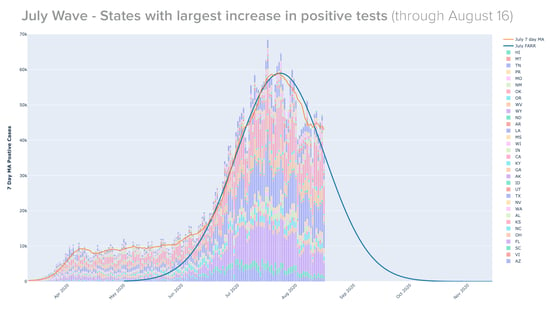 In addition, we have expanded our analysis to apply Farr's Law to deaths, which are presented using a 7-day rolling average, as suggested by The COVID Tracking Project.[1] 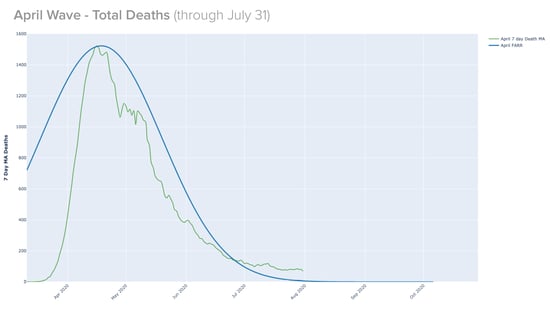 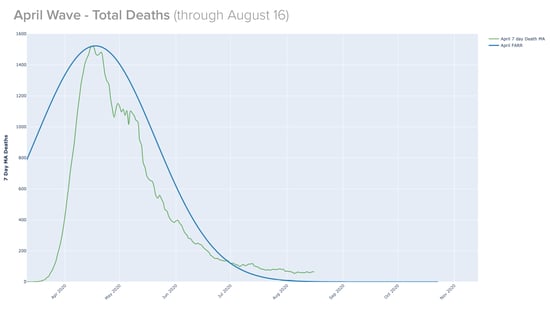 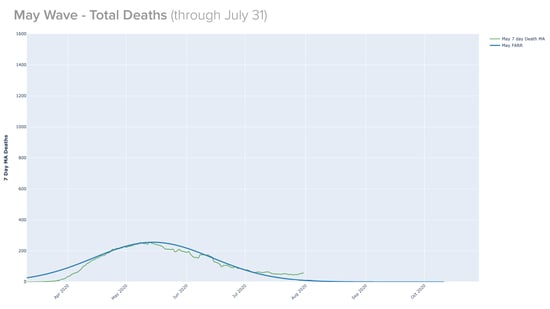 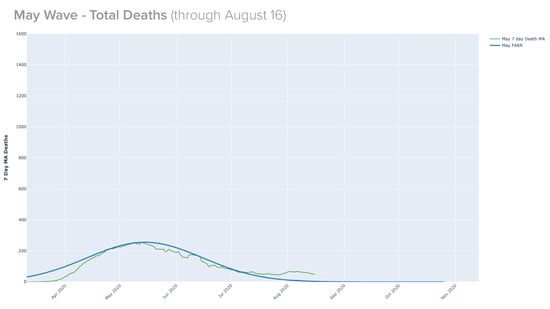 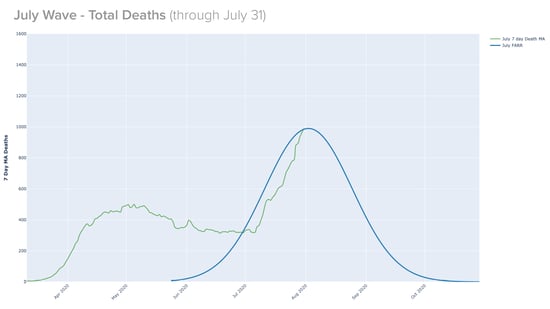 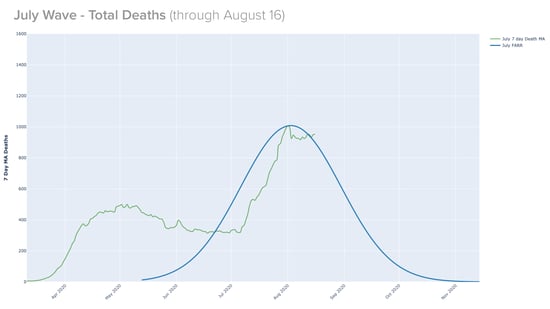 Of note is that Farr’s Law is generally discussed as if external factors hold constant. As noted by Huang, et al, “[w]hile it may be possible that without human intervention, a solitary outbreak may follow a Gaussian curve, in the modern era of contact suppression, the epidemic curve is shaped by such interventions.”[2] The impact of governmental and societal efforts to “flatten the curve” manifests by shifting cases to the future. The “flattening” is akin to pushing down on the top of the curve with your finger, with a delay in cases manifesting in a “fatter tail” on the right side of the curve.

In March, in the “fog of war” against a novel virus that no one had seen, everyone was reminded that hospitals are the most essential institution in any community. What is now increasingly obvious is that COVID-19 has accelerated market forces – especially telemedicine – that will make hospital operations permanently more difficult.

Again, and for the avoidance of doubt, we do not and cannot know whether there will be a second wave of COVID-19, a true resurgence throughout the entire United States akin to the Spanish Flu. As William Farr said, “the death rate is a fact; anything beyond this is an inference.” We can only hope that Farr’s Law is correct, and that the positive case rate and infection fatality rate will continue to decline.

However, one day, hospitals will be the only institution in the world whose "new normal" is the "old normal”, except that the “old normal” will be even more difficult. According to a principle that has stood the test of almost 200 years, that day could be as soon as October. Is your system prepared to return to normal?