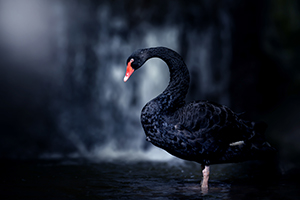 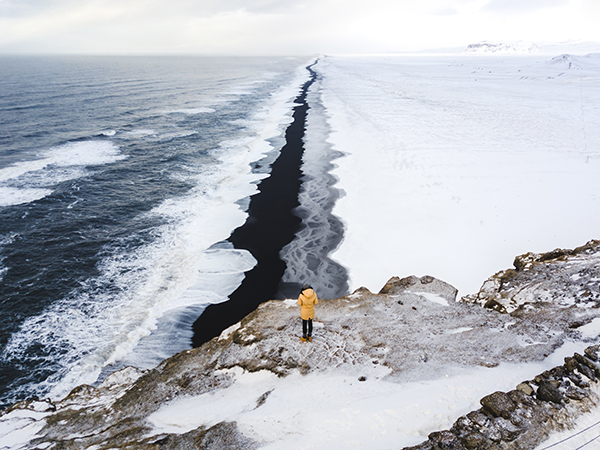 Consumers Are "Frozen" With Fear ... and Waiting to be Rescued

May 05, 2020in Opinion
Ol' Blue Eyes famously sang, "it's up to you, New York." If Frank is right, heaven help us, because based on relentless media reports, New York is a harbinger for the entire country. But clinically speaking, the NY Metro area is an N of 1 trial. A clinical trial with a single patient. The NY Metro area healthcare providers are heroically fighting Covid-19, but they're also fighting an indisputable number of other factors that don't apply to the rest of the country, which include population density, infrastructure, and other physical characteristics that make the Big Apple truly one of kind. Despite these unique challenges, CNN and the Gray Lady have been applying the clinical findings from the recent trials and tribulations of the NY Metro area to the entire country.

According to Wikipedia, the New York metropolitan area is:

“North America's largest transportation network, serving a population of 15.3 million people in the 5,000-square-mile area fanning out from New York City through Long Island, southeastern New York State, and Connecticut. The MTA network comprises the nation’s largest bus fleet and more subway and commuter rail cars than all other U.S. transit systems combined. It provides over 2.6 billion trips each year, accounting for about one-third of the nation’s mass transit users and two-thirds its commuter rail passengers.”[5]

Houston, we have a problem, and so does the rest of America – the “CNN Virus.” This virus is commonly known by another name: fear.

Fear is killing America, physically and emotionally and economically. Since the middle of March, hundreds of CBSAs, dozens of states and countless cities and towns have been held hostage in their homes by their local, regional, state and Federal officials, largely because of an N of 1 trial on an outlier patient.

The deaths from Covid-19 are tragic, but they are no more tragic than the toll of isolation from sheltering in place and unemployment: unreported physical deaths of despair or abuse or the fear of calling 911 or visiting a physician, and financial ruin for millions of Americans.[6][7][8][9]

Ironically,  hospitals on the front line of the crisis are most adversely impacted by media driven fear. According to the United States Bureau of Economic Analysis, real gross domestic product declined by 4.8% in the first quarter of 2020, and healthcare services represented almost 50% of the decline.[10]

In the fog of war and the early days of any crisis, decisions are understandably made without (enough) data. What effective generals and leaders – and scientists – do is to change their course when the facts change. Americans have heard Dr. Birx and Dr. Fauci say that daily for weeks.

Have the facts changed since March 11, when Adam Silver suspended the NBA season until further notice? Yes, dramatically.

On April 30, Donald Yealy, M.D. of UPMC held a press conference to argue that the mortality rate of Covid-19 may be as low as 0.25%.[11] UPMC is the latest academic medical center to suggest that the mortality rate of Covid-19 is materially overstated, following Erin Kobetz, Ph.D. at the University of Miami Health System[12], Neeraj Sood, Ph.D. at the University of Southern California, and Desmond Sutton, M.D. at Columbia University Irving Medical Center.[13]

On March 20, John P.A. Ioannidis, M.D., a Stanford professor of medicine, epidemiology and population health, wrote the following: “With lockdowns of months, if not years, life largely stops, short-term and long-term consequences are entirely unknown, and billions, not just millions, of lives may be eventually at stake.”( https://www.statnews.com/2020/03/17/a-fiasco-in-the-making-as-the-coronavirus-pandemic-takes-hold-we-are-making-decisions-without-reliable-data/) In the words of Coach Gaines from Friday Night Lights, “forever is about to happen…”

I think that any rational person would automatically trust a physician over Mayor DeBlasio and Governor Cuomo, which suggests something about the mental state of most of the White House press corps. It was Governor Cuomo who, on April 20, admitted that he did not know that New York’s Commissioner of Health had, on March 25, directed that nursing homes readmit patients who had tested positive for Covid-19 upon their discharge from the hospital.

And yet, the CNN Virus continues to spread in spite of other facts that we now know:

Most importantly, we know that the New York metropolitan area is an “N of 1.” Data from the other 47 states prove it, as both Nate Silver (https://projects.fivethirtyeight.com/covid-forecasts/) and The Atlantic (https://covidtracking.com/data) demonstrate.

Americans are paralyzed by fear, and hospitals will have to provide the antidote. The snowball of a gradually declining number of commercially insured patients due to the “silver tsunami” of Medicare patients just became an avalanche. Avalanche survivors are usually very strong skiers.

For health systems, the antiviral for the fear is to execute a comprehensive marketing strategy immediately. The first thing your system probably did was to shelter your marketing budget in place. That made sense on March 15, but the world has changed. The CNN virus is literally scaring Americans to death, and your system needs to administer the antiviral of a thoughtful, empathetic, safety-driven message to your consumers. NOW.

The Coronavirus is going to kill thousands of Americans, but we cannot let the CNN Virus kill the rest of us.